On Thursday, May 26, the Greater Blackstone Valley Dems hosted a fund raiser with Lt. Governor Tim Murray as our honored guest at the Polish American Hall in Uxbridge for a discussion of our plans for the election cycle of 2012 and beyond. The event was well attended by area Domocrats, with State Representative John Fernandes (D – 10th Worcester) introducing Lt. Governor Murray. Worcester County Registrar of Deeds Tony Vigliotti, Northbridge Selctman Charles Ampagoomian and Southbridge City Councilor Larry McDonald were also in attendance, as were many local Democratic Town Committee chairs, officers, members and other leading Democrats. 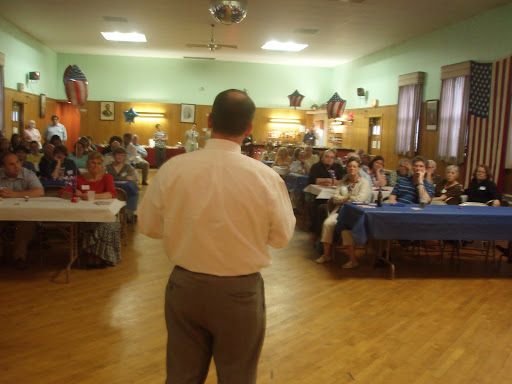 The fund raiser was a resounding success, with 80+ attendees. LG Murray afforded us some question and answer time, and everyone left energized and prepared for the challenges of the upcoming election cycle.

This entry was posted in Fundraising, Political News - Blackstone Valley. Bookmark the permalink.